A slice of old-fashioned goodness.

On the eve of 2004, before the cupcake craze had really spun everyone's sugar tops, a near replica of Cupcake Central (that would be Magnolia Bakery, if there was any doubt or if you've been detoxing under a rock) opened in Chelsea: Billy's Bakery. Indeed, opened by a Magnolia alum, the style and menu are nearly identical, but there’s one thing Billy’s doesn’t have: lines around the block. TG!

Inside the snug bakery, a couple Formica tables give you a place to sit and inhale luscious baking smells. Key-lime pie, blueberry muffins, snickerdoodles, caramel pecan cheesecake and, of course, cupcakes in myriad flavors are all on the menu to tempt you. But to save you from waffling in indecision, go for the best cake in the house.

A slice of Billy’s Banana Cake is heavy. Not only because it’s ginormous but also because the cake is dense and moist, and the frosting (cream cheese frosting—the better to temper those sugar jitters) is spread unabashedly thick. This is serious stuff. Made with fresh ripened bananas and the goodness of unrestrained dairy like butter and eggs, this two-layer cake is Billy’s most popular. But don’t worry, you shouldn’t be caught short: the bakery churns out a few every day. And if you want to go really bananas, you can special order your own. 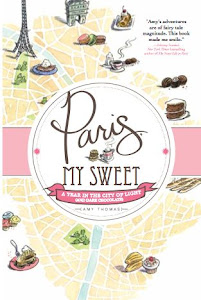 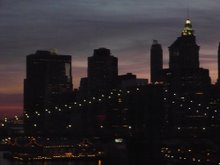 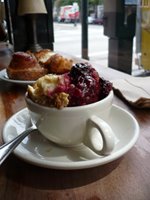 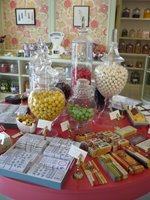 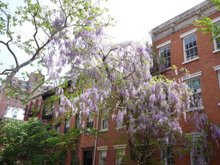 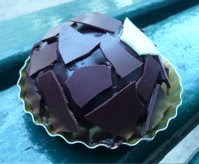